The best things to eat in Sarasota, Bradenton Area, July 20-24.

There are many renowned chefs in Sarasota and Manatee counties but few, if any, have the name recognition of Paul Mattison. A graduate of the Culinary Institute of America, he relocated here in 1991 and shot to local stardom as executive chef at the original Summerhouse. Tucked away on Siesta Key off Midnight Pass Road, the posh, ridiculously popular restaurant occupied the Carl Abbott-designed building described as a “glass pavilion set in a tropical jungle” – which now serves as the clubhouse for the occupants of the Summer Cove condominiums. 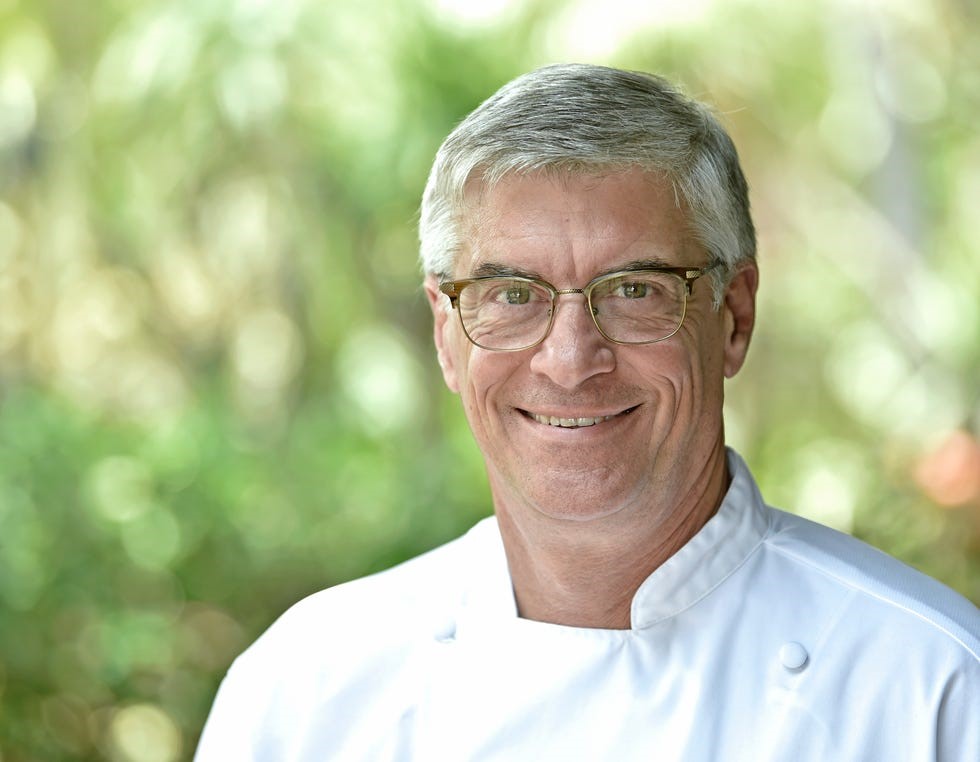 Mattison, whose business acumen must match his culinary skills, parlayed Summerhouse success into three namesake restaurants and a catering company spread across Sarasota and Bradenton. It’s an impressive dining empire, one that I have been visiting regularly for most of its two-decade existence. I frequent his restaurants so often, in fact, that when Mattison added new items to his lunch and dinner menu, I immediately took notice. Plus, I found the bison burger that he debuted a year ago has now been smartly improved.

Choosing an appetizer, or even multiple appetizers, can be difficult at Mattison’s. The bruschetta adorned by marinated tomatoes, basil-pesto covered goat cheese and parmesan with an artfully delivered balsamic drizzle is a guaranteed crowd-pleaser. The egg-washed artichoke hearts bathed in lemon caper butter and showered by more of that aged parmesan are a thing of soul-comforting beauty. And the fried green tomatoes enhanced by charred corn, goat cheese, roasted tomatoes and chimichurri are also among my favorites. 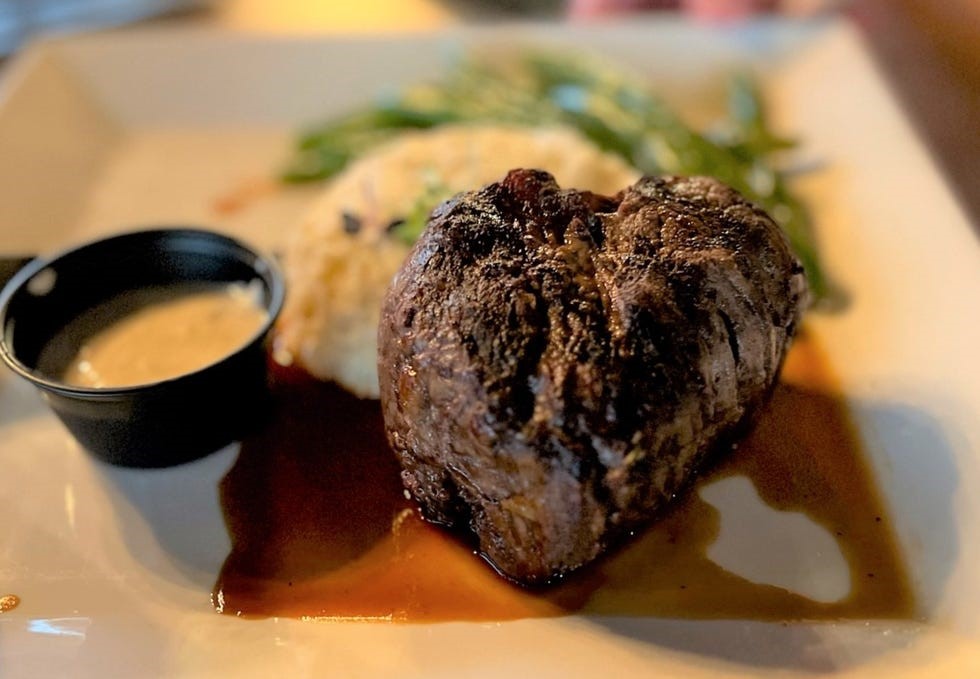 The appetizer that grabbed my attention the other evening at the Mattison’s on Bradenton Riverwalk, though, was the brand new pork belly rice bowl ($17). Fitting nicely in Chef Mattison’s New American playbook that shifts with swagger from his Italian heritage to Asian dishes, it’s tender cuts of pork presented on a mound of steamed white rice with braised baby bok choy, kimchi made with granny smith apples and a ginger soy reduction to make sure you’re still lusting for this dish many days later.

Ordering an entrée doesn’t get any easier at Mattison’s. The Niman Ranch meatloaf wrapped in bacon, the Niman Ranch baby back ribs, and the pork ribeye with honey mustard glaze are among the dishes I find myself returning to again and again.

During the same recent visit to the Riverwalk location, though, I couldn’t resist ordering the herb-buttered filet mignon, which recently returned to the menu after what seemed to me, at least, like a very long hiatus ($38). Cooked a perfect medium rare, the thick cut of expertly seasoned beef is served with seasonal veggies (fresh green beans with minced garlic most recently) and a pile of Mattison’s unstoppable truffle mashed potatoes. 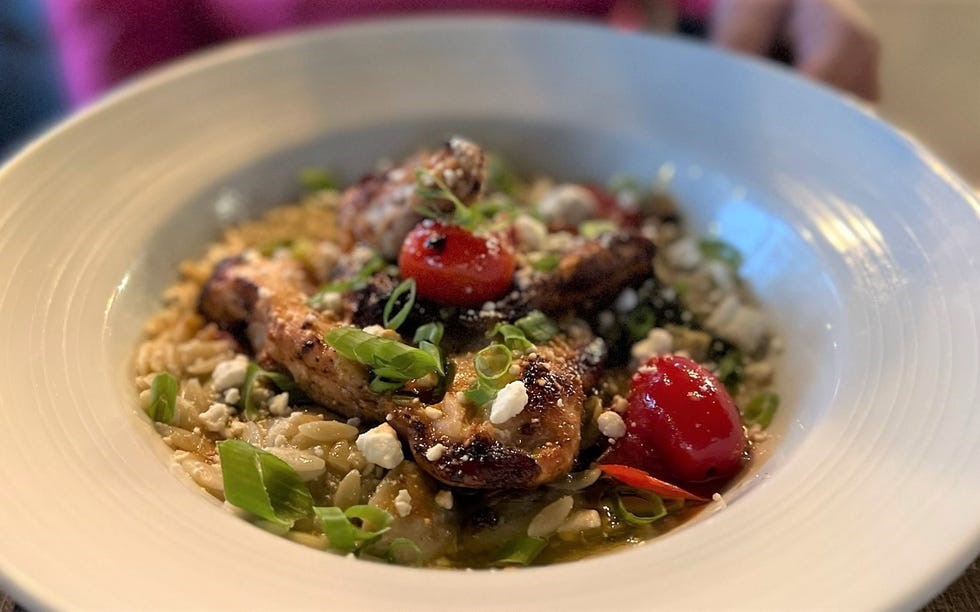 Even more exciting, though, was the premiere of an entrée dubbed the Tuscan Marinated Airline Chicken ($26). The tender, boneless chicken breast and drumette are given a crispy sear and served in a bowl over an Italian orzo medley with a warm tomato vinaigrette goosed by a colorful collection of artichokes, spinach, peppers, green onions and crumbled goat cheese. It will likely be my new go-to poultry dish, right up there with Mattison’s FreeBird Firecracker Chicken, which is among the best fried chicken sandwiches you will find in Sarasota-Manatee.

In addition to the new pork belly appetizer and Tuscan chicken entrée, Mattison’s recently unveiled a couple of lunch items. The meatloaf can now be enjoyed as an equally adorable sandwich: on sourdough with caramelized onions, a garlic-herb aioli, applewood smoked bacon and pepperjack cheese ($16).  And those craving red meat in the early afternoon will want to opt for the new Bistro Steak ($23). It’s a nicely marinated cut of beef topped with chimichurri, charred corn and cherry tomatoes, with a side of parmesan truffle fries that rank right up there with the restaurant’s truffle mashed potatoes.

Finally, great to see Mattison’s stick with the bison burger, which they debuted last year, and make some judicious tweaks. Originally, the bison burger was served on a large and not-so-flavorful pretzel bun that totally took away from the lean, flavorful bison meat, which I learned to love, perhaps even more than beef, about 15 years ago while living in Colorado. The bison burger I had earlier this month at Mattison’s featured premium meat from Durham Bison Ranch in Wyoming. Cooked a spot-on medium rare and served on a complementary brioche bun, it was then topped by fire-roasted poblano peppers, guajillo pepper ketchup, pepper jack cheese and crispy fried onions. One bite and I immediately knew that it should be on my next list of best burgers, which already includes Mattison’s equally excellent burger made with Niman Ranch beef.

Mattison’s has restaurants in downtown Sarasota, on South Tamiami Trail in Sarasota, and on the Bradenton Riverwalk. For more information, visit mattisons.com.