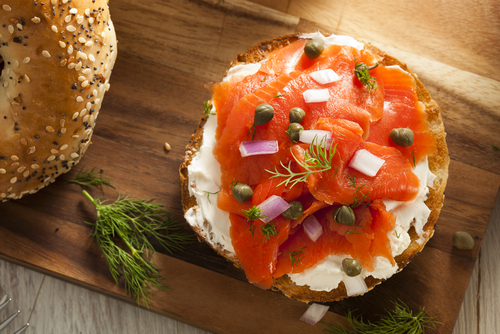 Mattison’s Chefs work directly with Rabbi Chaim Steinmetz so we can offer authentic kosher catering (this is important since kosher catering has to be legitimate to be considered truly kosher because “there is no such thing as ‘kosher-style’ catering” as the rabbi has informed us).

Born in Israel, Rabbi Chaim Steinmetz arrived in the United States in 1982 to continue his studies at the Central Lubavitch Yeshiva in New York. In 1985, he was sent to the Los Angeles Lubavitch Yeshiva, where he worked extensively throughout the state of California for the following four years.

Rabbi Steinmetz received his Rabbinical ordination at the Central Lubavitch Yeshiva in New York.  After marrying his wife Sara, he moved to Los Angeles, where he was primarily active with the ever-growing Israeli community.

Today, Rabbi Chaim Steinmetz is a father to nine children, and is the Director of Chabad Lubavitch of Sarasota & Manatee Counties. Since Rabbi Steinmetz arrived in Sarasota, he has established theChabad Center on Beneva Road and has established two additional regional Chabad Centers in the Bradenton and Venice areas. The three centers host an array of events and activities to serve the local Jewish community.

Want To View Our Catering Menu ? View the menu here

Check Out Our Gallery