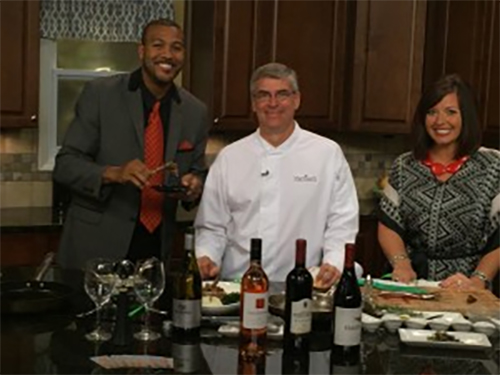 Lamb Procedure
In a small sauce pot place olive oil, garlic cloves, peppercorns, and fresh rosemary. Place over low heat and steep for about 20 minutes to infuse flavors. Pull off of heat and set aside to cool. After marinade has cooled pour over lamb rack and let marinate for at least 8 hours. Pull lamb rack out of marinade and pat dry with paper towel. Season generously with salt and pepper, then grill or pan sear lamb rack until it reaches the desired temperature. About 8 minutes for a medium rare.

Roasted Grape Tomatoes, Leeks, Vinaigrette Procedure
First, coat grape tomatoes in about 1 tablespoon of the olive oil and roast in a 350 degree oven for 6 minutes or until they just start to blister. Pull tomatoes out of the oven and set aside. Next, in a sauté pan over low heat place 1 tablespoon of olive oil and all of the thinly sliced leeks. Slowly cook leeks stirring occasionally, so that they do not brown, but delicately braise in their own juices. Once the leeks are cooked down and soft turn up the heat to medium high. In the same sauté pan add the roasted grape tomatoes, garlic, and shallots and cook for about 10 seconds. Deglaze the pan with the sherry vinegar and add the mustard and honey. Stir. Pull the pan off of the heat and slowly whisk in the remaining olive oil, (while still warm) until the vinaigrette has emulsified. Season with salt and pepper and serve over lamb.

Truffle Mashed Potatoes Procedure
Place chopped potatoes in a small pot and fill with water, so that the water is about 1 inch above the potatoes. Salt the water generously and place on stove top burner over medium high heat and bring to a boil. Cook the potatoes until they are fork tender, but not too saturated, about 20 minutes. Drain the potatoes through a colander. While the potatoes are draining, put the heavy cream and butter into a small pan and heat just until the butter is melted. Pour the potatoes, heavy cream, and butter into a mixing bowl and whip with a whisk until clumps are gone and potatoes are fluffy. Season with salt, pepper, and tablespoon of truffle oil. 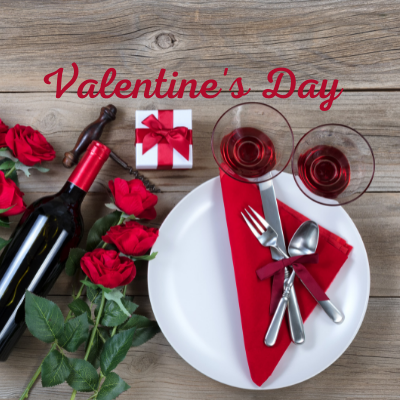