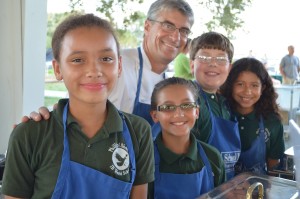 Mattison grew up in upstate New York cooking, gardening and being inspired by his Italian grandmother. He began his culinary career at age 15 at Symeon’s Greek restaurant, whose owner encouraged him to follow the dream. Upon graduating with honors from The Culinary Institute of America, Mattison went to Aspen CO to ski, and refine his skills at the Zagat celebrated Pinon’s restaurant. In 1991, Mattison relocated to Sarasota as the executive chef and proprietor of the Summerhouse Restaurant on Siesta Key, establishing him as a celebrated local chef.

The cookbook Chef! The Story and Recipes of Chef Paul Mattison, generated rave reviews locally and nationally during book signings from Florida to California. Chef Paul Mattison was invited to participate in the prestigious American Harvest Workshop in Napa Valley, California hosted by Cakebread Cellars, as one of five Chefs in the nation selected to attend this annual event. In January 2016, Chef Paul Mattison was a guest speaker in a joint discussion and presentation with scientists from NASA discussing the connection with the International Space Station’s Veggies in Space program and working with local Pine View students showcasing a school garden Chef Paul Mattison helped to created replicating the NASA program. This educational event generated media attention locally and regionally (full article). 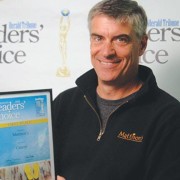 Chef Paul Mattison can be seen regularly ABC’s Channel 7 hosting live cooking segments on The View and on My Suncoast Dining with Chef Judi. As the national spokes person for Cuisinart Appliances and Cookware, and he has appeared on national television on the Home Shopping Network and Access Hollywood. The Emmy®-winning national television show, A Gulf Coast Journal with Jack Perkins filmed two segments on Chef Paul Mattison, the first one aired on PBS in 2006 and the second in October 2010.